Excerpted from the Report Haredi Jews Around the World: Population Trends and Estimates 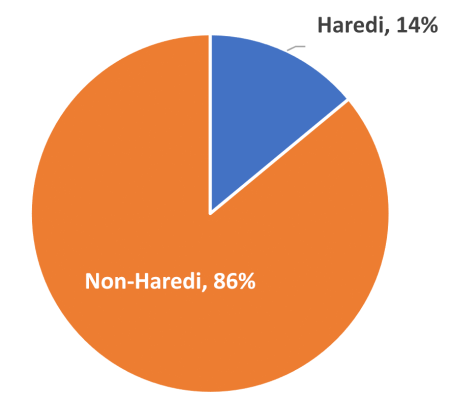 Figure 1. Proportion of Haredi out of the total Jewish population of the world, around 2020, %

Second, there is a very considerable heterogeneity in the rate of growth of the non-Haredi in different communities. As a consequence, looking at Jewish population sizes as a whole, Haredi growth can be supplementary to the growth of non-Haredi – a booster of sorts – or it can be an exclusive source of growth. The first scenario exists in Israel. Non-Haredi Jewish population in Israel grows at about 1% per year – a rate of growth considered high in contemporary Western realities –  as result of the natural increase alone, i.e. driven just by the preponderance of births over deaths. Thus, Haredi growth boosts Israel’s Jewish natural growth to 1.5% per year. Haredi growth accounts for about 40% of the total natural increase among Jews in Israel. Among non-Haredi in the Diaspora the growth – if it occurs- is on a much more modest scale, and in many communities the non-Haredi segment is stable or declining. Some Diaspora Jewish communities, such as the British Jewish population, seem to grow exclusively due to Haredi contribution.

Third, the continuation of very high Haredi growth into the future combined with very low positive growth in the non-Haredi segment of the global Jewish population means that the Haredi share of the total Jewish population is bound to grow. Consider this: Haredi population growth at a rate of 3.5%-4% causes it to double in size every 18-20 years or so; the same doubling effect among the non-Haredi segment, with its growth rate of 0.2%, would take 350 years! 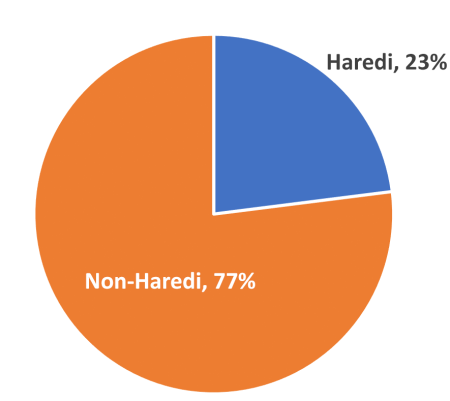 Figure 2. Projected proportion of Haredi out of the total Jewish population of the world, around 2040, %

There is an inherent issue with projections in that they rely on the assumption that future demographic realities are known. In this case, the assumption is that the differential rates of growth of the Haredi and non-Haredi populations will continue into the future. Political, cultural and technological developments are largely unpredictable, and they may significantly impact both fertility and mortality, two processes that underly the rates of growth. However, in this case, we are on relatively safe ground. Twenty years is less than a demographic generation and it can be reasonably assumed that significant changes during this length of time are unlikely, even if significant socioeconomic changes take place. As a rule, demographic processes are gradual and slow to change.

Haredi fertility is well-documented: the total fertility rate of this population is at a level of 6-7 children per woman, on average[5]. This should be compared to the average of 1.6 children per woman in contemporary Europe, 1.8 – in the USA and 3.0 – in Israel[6]. There have been no signs so far that would suggest that Haredi fertility will drop significantly, at least in the short to medium term. Moreover, Haredi rates of growth are very high not just due to high fertility – that is a popular misconception – but due to a combination of very high fertility and very low mortality. Indeed, Haredi populations display a very high life expectancy: at the same level or higher than the life expectancy of non-Haredi Jews. Jews are, and have been for a while, a vanguard population in terms of life expectancy. Indeed, demographers consider Jewish longevity indicative of the maximal achievable life expectancy under a given set of conditions. Haredi Jews in that sense are no different from the non-Haredi, despite being less prosperous, on average. The Haredi Jewish life expectancy stands today at about 83 years for males and 86 years for females[7]. This compares favourably to European values and American values: approximately 76 years for males and 82 years for females[8].

Being Haredi is a lifestyle, and for this reason some individuals born and bred within the Haredi community may disaffiliate from that community when they mature. That could happen in the form of a gradual drifting to less intense religious lifestyles – in fact, a majority of the ‘switchers’ would follow this path. It could also take place of a sharper more dramatic change, and only a rather small minority of ‘switchers’ act in this way. Religious ‘switching’ among the Haredi has been rather well documented and this trend is not powerful enough to change the conclusions regarding Haredi growth in the next 20 years or so. Data from Israel and the UK tell us that probably 20% of all those born in Haredi families are expected to self-identify as non-Haredi in adulthood[9]. A majority of 60%-70% of the ‘switchers’ will remain religious or traditional in terms of their lifestyle, without explicitly opting for a ‘Haredi’ label, so we could refer to them ‘drifters’ rather than ‘switchers’. If one accounts for religious switching at a rate shown above, the annual growth rate of the Haredi population is expected to remain at a level of about 3%. Such an adjustment of the rate of growth only means that the projected percentage of the Haredi out of the total Jewish population around 2040 would be closer to 21%, not 23%. This is an insignificant adjustment that does not change the big picture.

It is the particular combination of high fertility, high longevity and high rates of lifestyle retention that are producing the phenomenal rates of growth seen among Haredi Jews. High fertility is a thing of the past in the West. However, when European levels of fertility were close to those observed among the Haredi today, life expectancy was rather low. With such high mortality, especially at young ages, high fertility simply could not generate as vigorous a growth as it does today. A combination of Haredi levels of fertility with a life expectancy of 40 years, a not unusual level for a historical population, would have produced an annual growth of 2% – a respectable level resulting in population doubling time of 35 years but quite very far from the levels exhibited by the Haredi population today[10]. Thus, metaphorically speaking, Haredi Jews are a ‘demographic hybrid’. They are very traditional when it comes to fertility patterns, and at the same time very modern when it comes to longevity. Traditional Haredi patterns of fertility sit well with the Haredi community’s self-understanding of its lifestyle as authentic uncompromising traditionalism. Modern Haredi longevity confirms that it is impossible for a population to be entirely frozen in the past. Simple ‘embeddedness’ in modern conditions results in uncontrollable and unconscious modernisation of many aspects of one’s existence. The only tenable form of traditionalism is a ‘modern traditionalism’.

[2] Author’s calculations based on (1) Paltiel, A., Sepulchre, M., Kornilenko, I., Maldonado, M. 2012. Long-range population projections for Israel: 2009-2059. Central Bureau of Statistics, Israel (Hebrew), p. 46, Table 4, and (2) author’s own calculations based on counts of households listed in the telephone and address directories of the Haredi community of Stamford Hill in London (Shomer Shabbos directory); the estimates are based on the growth observed in the years 2007-2021.

[5] This evaluation is based on: (1) Hleihel, A. 2017. Fertility among Jewish women in Israel by level of religiosity, 1979-2017. Working Paper Series, 101. Central Bureau of Statistics, Israel. (Hebrew), and (2) Staetsky, L.D. and Boyd, J. 2015. Strictly Orthodox rising: what the demography of British Jews tells us about the future of the community. Institute for Jewish Policy Research.

[9] An average of disaffiliation rates observed among Israeli and British Haredi. Sources: (1) analysis of the original file of the National Jewish Community survey conducted by JPR in 2013, and (2) ) Hleihel, A. 2017. Fertility among Jewish and Muslim women in Israel by level of religiosity, 1979-2009. Working Paper Series, 60. Central Bureau of Statistics, Israel. (Hebrew), Appendix 2A.

[10] These calculations are based on the demographic regularities connecting level of mortality , fertility and growth, featured in: Livi-Bacci, M. 1992. A concise history of world population. Cambridge, MA and Oxford, UK: Blackwell, p. 102.